You are here: Home1 / About The Captain 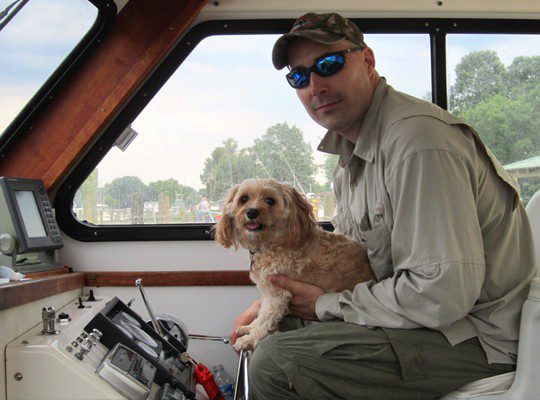 Captain Scott Singleton was raised on the Magothy River and has been fishing the Chesapeake Bay his entire life. His father introduced him to Maryland fishing and crabbing as an infant, and from there, the addiction was born. Capt. Scott had his first boat as a young boy and spent the majority of his youth on the water. He has fooled fish in the Chesapeake from the Susquenna Flats to Virginia Beach, but specializes in the middle Bay. He has a reputation for being obsessed with fishing and consistently producing limits of striped bass (a.k.a. “rockfish”). Capt. Scott’s experience, determination, and attention to detail have led him to numerous fishing-tournament victories and in 2012, he was added to the Costa Del Mar Pro Staff. His passion for sport-fishing and his professionalism with clients always ensures a great trip for his parties. He holds a USCG 100-Ton Near Coastal and Inland Master Captain’s License, a TWIC Card, Maryland Guides License, and all of the necessary safety and medical certifications. He is enrolled in the American Professional Captains Association Maritime Drug Program and is a member of the Maryland Charter Boat Association, the Deale Captains Association, and the National Association of Charter Boat Operators. When he’s not fishing on the Bay, Capt. Scott guides Canada Goose hunts on the eastern shore. 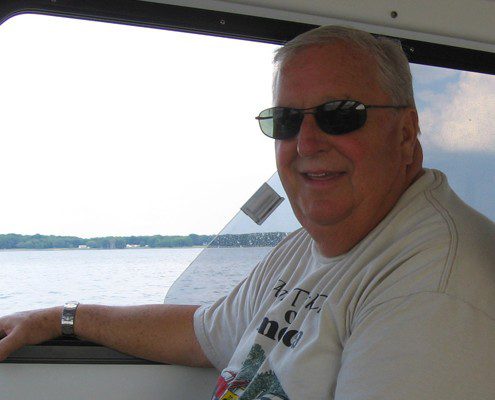 Frank Singleton was the original owner of The Last Hurrah and Capt. Scott’s father. Suffice it to say, without him, there would be no Last Hurrah Charter Fishing LLC.

Frank grew up in poverty as the fourth of seven children. With nothing more than an idea and his unparalleled work-ethic, he founded Maryland Pump and Tank Inc. in 1960 and grew it into a multi-million dollar business that still thrives to this day. After spending his youth in the city, Frank longed to be on the water. He eventually purchased a waterfront home on the Magothy River as well as a weekend get-a-way on the Choptank. As his success grew, so did the size and quality of his boats. Frank, or “The X-Man” as some affectionately referred to him, owned several boats over the course of his life. He loved taking friends and family fishing, crabbing or simply boating on the Chesapeake and its tributaries. Frank was honest, generous, quick-witted and loved by many so the friends were plentiful and the boat-outings were frequent. In addition to running his business and serving his community as a Chairman of the Board for dozens of organizations and clubs, Frank was a devoted father. Whether he was running a trot-line in the Choptank for crabs or trolling for Bluefish by the Bay Bridge, his children were always on board from the time they were old enough to walk. It was these father and son trips where Capt. Scott learned his way around a boat and his addiction to sport-fishing was born. In 2002, Frank decided that it was time for a new boat. He commissioned Markley Marine in Essex, Maryland to build what would encompass everything he ever wanted in a fishing boat. Frank was approaching 70 and he knew that this would be his final boat. He decided to name it after a term he used often: “The Last Hurrah”. The X-man only had one way of doing things: first class… The Last Hurrah would be no exception. He made the trip up to Middle River almost every week during the boat’s construction. He would buy the boat-builders lunch and describe his vision along with all of the custom gems he wanted his boat to possess. His mechanical savvy was so impressive that Markley still uses some of his unique innovations on its bay-built boats. In April of 2003, Frank took delivery of his 35-feet of floating ingenuity. Unfortunately, he would not have much time with his new pride and joy. Frank Singleton passed in December of 2006 from cancer but not before ensuring that his youngest son and fanatical fisherman, would keep his Last Hurrah in the family and in pristine condition. Frank Singleton was a great man who touched many lives and left countless fond memories behind. The Last Hurrah is his tangible legacy. A part of him lives on with the boat and somewhere he is watching over her ensuring safe passage and good fortune on every trip. 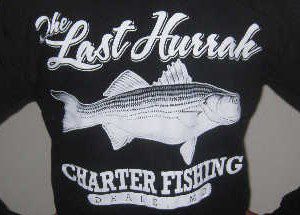